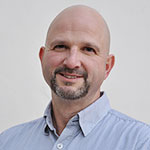 NERC held its Board of Trustees (BOT) and Member Representatives Committee (MRC) meetings in Vancouver, BC on August 13 – 14, 2014. The meeting included lively discussions on all the initiatives underway at NERC and impacting all the Registered Entities. Two of the most talked-about topics were the CIP Version 5 transition and the Reliability Assurance Initiative (RAI). NERC is dealing with some very tight timelines on both of these initiatives.

The CIP Version 5 transition involves a continuous outreach program that includes conferences, workshops, and training. NERC is working with the CIP auditors to ensure consistent application of audits and enforcement. A CIP Auditor Workshop is scheduled for September 2014. These will address areas of industry concern and enable input into guidance documents. There is also an effort for the coordination with CIP version 5 revisions and the Reliability Assurance Initiative. Project 2014-02 continues to be a priority for NERC and the industry as well as the new CIP Reliability Standard Audit Worksheets (RSAWs) documents. NERC and the energy industry are still moving forward to ensure they meet the FERC deadline of February 2015 with the required revisions to the CIP Version 5 standards.

The Reliability Assurance Initiative (RAI) Progress report was discussed at the NERC BOT Compliance Committee meeting. The RAI has gone through various joint pilot programs with NERC, Regional Entities, and Registered Entities that volunteered for the pilot programs. The RAI is focused on risks to reliability; enforcement resources are focused on noncompliance that poses a serious and substantial risk to reliability. There are many aspects to this initiative including Compliance Exception Program and Aggregation/Logging Program. The release of the RAI documentation for industry comment is coming out soon. There were questions regarding the quick turnaround for comments. NERC said that would evaluate this to ensure that the industry has enough time to comment. The RAI program will be a work in progress as it is implemented. The timeline of January 2015 is quickly approaching with lots of activities that still need to take place.

The presentation given at the NERC BOTCC meeting was very detailed and included some important slides from various regions and registered entities from the pilot programs.

NERC and the industry are going through some major implementation challenges in 2014 and 2015. The meetings in Vancouver included some very important discussions and what impact it is having on resources, the strategic direction of the ERO, and the impact all this has on the reliability of the grid.