Medical device warning letters and domestic inspections continue to show a slow decline, according to a new report issued FDA. The number of medical device-related warning letters dipped to 121 in CY2014 compared to 144 during the prior reporting period. For the fifth year in a row, U.S. inspections declined. They dropped to 1,619 in 2014, compared to 2011’s 1931, and 2014’s 1,741.

At least one thing remained constant: Production and Process Controls and Corrective and Preventive Actions (CAPA) continue to be the most frequently cited QS subsystems. 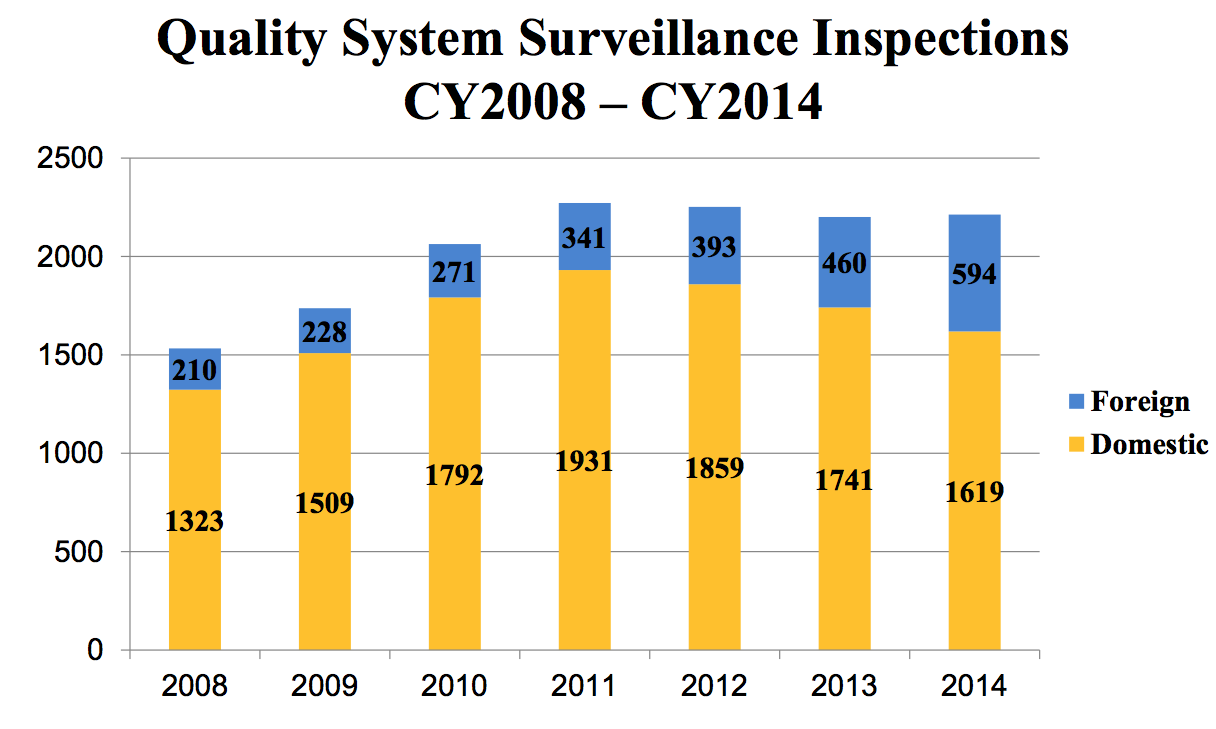 On the other hand, foreign inspections posted their highest number in years, with 594 in 2014. That’s way up from 210 in 2008 and 460 in 2013. The agency said it’s been working to increase its foreign inspection stats as foreign manufacturer inventory has grown. China was the biggest target (190) in 2014, followed by Germany (72), Japan (37), and Taiwan (29). It’s a bit of a surprise not to find India on the list, but that country’s regulators have something of a reputation for blatantly favoring local firms over “invaders” from outside its borders. Could be a connection.

Casting a wider net, FDA reported interesting stats based on some 14,271 domestic and foreign inspections it conducted between 2009 and 2015. Domestically, manufactures got off the hook with “no action” just over half of the time. At the same time, FDA did demand action eight percent of the time. The numbers were a bit harsher when it came to foreign inspections: 42% wriggled free with no action, while 15% got the opposite directive.