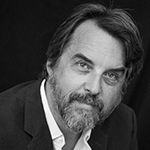 With medical industry trade groups and many House and Senate members lined up on one side determined to repeal the medical device tax, the other side may have the final ace: a veto threat by President Obama.

Not so fast, say opponents of the medical device tax. They believe they have enough votes from Democrats to override any veto. Already in the House of Representatives, a June vote fell just one shy of the 281 needed to brushback any Obama veto. It’s worth noting that 12 Republicans were absent on the day of that vote. Most, if not all, would certainly support killing the medical device tax. The House, at least on an initial vote, appears to be a lock for those who want the tax gone.

It’s a little trickier in the Senate, where several Democrats have joined Republicans to remove the tax from the Affordable Care Act. Commonly referred to as Obamacare. The Supreme Court’s recent decision that essentially upheld the Act.  Could give political cover to wavering Democrats to stick with Obama and preserve the tax.

Dems against the medical device tax might vote against it the first time, but then back off from overriding a veto and doing political damage to Obama.

With the presidential primary season already lurking in the background, Dems could be reluctant to weaken the President’s “value” when it comes to campaigning for Dems in key Senate and House races — not to mention supporting Hillary Clinton or whoever ends up grabbing the presidential nomination.

In the days before air conditioning, Washington was something of a ghost town in July and August. Business on Capitol Hill essentially ground to a halt. Today, life on the Hill does slow during those months, but deals are still cut and compromises worked out.

The smart money is on some kind of showdown next month. But remember, this is Washington D.C. Sure, today’s lawmakers can crank up the a/c and remain more active than their predecessors sixty years ago, but that doesn’t make them more predictable.

D.C. is a weird place in any weather. Watch this space.